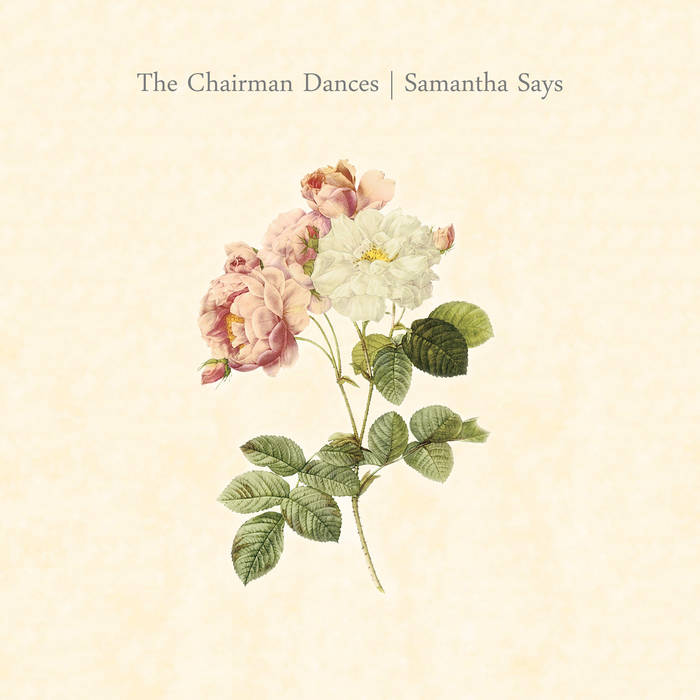 Art and packaging by Natalie Short / Booklet and disc by Eric

Track Name: Self-Portrait
Well, I'm stubborn
And stupid
And I do things that I hate.
I was born to be much better than I am.

Now I'm forlorn
Now I'm lucid
Now I'm sobbing, half awake.
I was born to be much smarter than I am.

“But what you have, Samantha, is enough.
Yes you can, Samantha.”

A self-portrait:
Sure, I'm funny
I sing well
Don't look a day past 30.
I was born to be more modest than I am sometimes.

I am picky
All pell-mell
And I might just be 40 now.
I was born to be more honest than I am.

My self-portrait might be crude.
I strung it last night on some passing tune
All, all because
My psychiatrist asked what my problem was.
Did he never read Augustine?
Did he never read me at all?
Track Name: Looking for a Man
Charlie pours another glass.
Is it our third or our forth?
It numbs the pain and keeps the conversation on its course.

Charlie asks me do I think
From time to time of our love.
I mutter “Yes, dear” and call on every last saint above.

I'm looking for a man
About 5'9"
About my size
With a generous heart.

I'm looking for a man
Around 135
Waist size 30
Who's generous with his time.

And those gifts my mother gave us
And the poems I write, you've hid from the guests.
I find them tied and placed beneath the light.

I would surely settle
For some boring but nice guy
With manners and insurance
Or something resembling a plan.

I would surely settle down
In a suburb of Cleveland
If it meant that I could be myself
For just part of the day.

I'm looking for a man
Around 135
But I'm not picky
If he’s generous with his time.
Track Name: Saint Anne Medal
Margaret collapsed down the stairs, and I crossed five states to see her. I took the first flight from O'Hare. I crossed myself and went to her. A Saint Anne medal
I pressed in her hand. Martha collapsed when she saw her baby lying there. Called her big sisters, brothers-in-law. We dropped everything without a care.
Track Name: Consolation
I ran my fist into the wall and sat crying from the hurt. A stinging sweetness welled its way up to my eyes. I marched myself right down the hall, then, out the door, knelt in the dirt. I prayed, “Why do friends fail no matter how one tries?” Consolation—is it so much to ask for? I sat reading when the call, harsh, familiar, crass and curt, caught my ear. “Why do you memorize such lies?” said gruff Henry, lean and tall. I do believe he tried to flirt. He flung my book, he flung my heart into the tide. But the line that caused my fall and left me reeling, on alert, came from Jennifer. She’d surely empathize. [Jennifer:] “Why would anyone recall the poems of saints, sackcloth for shirt, some zealots blubbering about the poor, their helpless cries?” Consolation—is it so much to ask for? Is it too much to ask for?
Track Name: Joyful Mother of Children
I found myself the joyful mother of children. Once barren, now doting on towheaded nymphs. I found myself mouthing “thank-you” throughout the day. And when I pull in the driveway, nymphs come running, shouting “Mom!”

The long loneliness is over.

I saw myself: a burnt-out teen, in a plaid skirt and black Misfits tee, scribbling in a notebook. I saw myself wrongly in a mirror, eyeliner running. I was staring at the wreck I saw.

That long loneliness is over.

I found myself the joyful mother of children. I look out on the backyard, neighbors calling their sons in. I found myself asking, “Ten more minutes?” They're just kids after all, not doing us any harm.