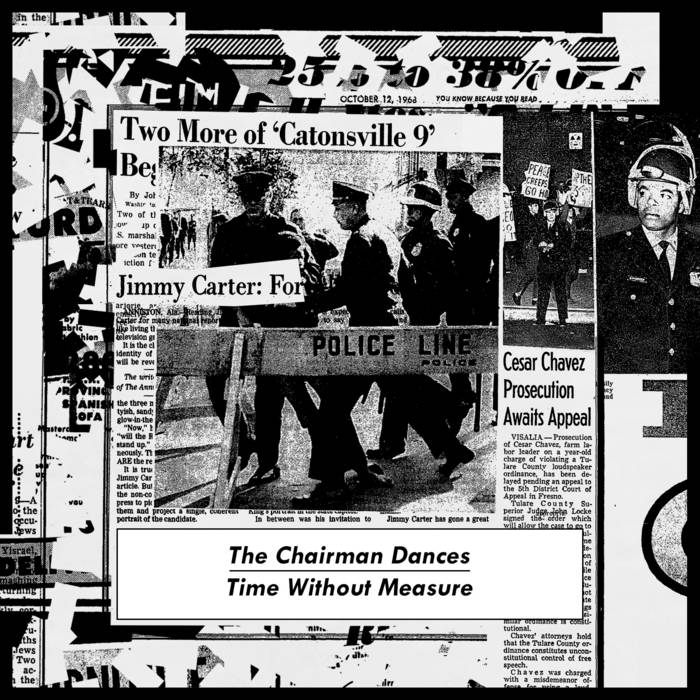 Track Name: Dorothy Day and Peter Maurin
I wake up each morning in the newsroom that doubles as my bedroom, which doubles as my closet. I spread the paper thick and neat, and I get to writing. Of strikes in Chicago, fires in New York, and unrest in Rome. I get to the point and move on.

I'm up late each evening cleaning the dishes, Tamar at my knee and Peter at the table reading a book or two or three, when he gets to talking. Of leaving this city and taking the worst off, taking them all with us, just over that bending river.

Now the Worker is placed on every corner. Most every school and building has their own Workers waiting for them. Sold them for a pittance. It would be a pity to miss it.
Track Name: Augustine
Bob Dylan dreamed that he saw me, alive as he. And Calvin thought, 'There's a man to be.' Bob Dylan dreamed of a white light—or was that Lou Reed? And Calvin said, "There's a man to be."

All the greatest of minds tend to dream of me. Why that is, I'm not sure. And the best of all writers, they cite from me, from Confessions: Chapter Four.
Track Name: Fannie Lou Hamer
We had the windows down, we had our heads held high. We sang our favorite songs, the wind was in our hair.

We’re on our way to Indianola.

I let fall a shower of roses.
Track Name: Jimmy Carter
Flannery was right, it’s much harder to believe. And Tillich was right.

I have found it’s much harder to do right. Doubt, fear and worry—and unbelief.

O what sweet relief I found in Mark 9:23-4. I gave a sigh.
Track Name: César Chávez
Took out a home equity loan on my brother Richard’s house. My wife pacing, on the phone, wearing her favorite pink blouse.

I’m in the spotlight, made the headlines. To get to me, let’s leave the city.

A blood moon in the sky and I saw visions in my sleep. As a child, I learned not to ask why there was nothing I could keep.

We slept in sleeping bags under the cloudless California sky.
Track Name: Kitty Ferguson
Niels Bohr challenged physics, challenged science. Nothing can be known in itself. He taught us something new. Not all parts can be measured at once.

Then Kitty spoke to us. Nothing can be known. Assurance can’t be found, it comes to you. She taught us something new. Not all things can be measured.
Track Name: Catonsville 9 (Thomas and Marjorie)
My wife and I drive to Catonsville, homemade napalm in our laps. Sun soaked and happy, we spill cherry cola on the map. My wife and I talk about the years, philosophy and its limits. Though we’re off to federal prison, there’ll be conjugal visits.

The two of us talk of having kids. Some great parents we would make. "Take it back. Those TV families are bullshit, they’re fake." We fix ourselves in the rearview mirror, my hairline receding every day. She shakes her head, she says to me: "I like you this way. . . and there’ll be conjugal visits."
Track Name: Peter Gomes and Nancy Koehn
The shock of my husband walking out knocked the wind out of me. It was too much to bear. I needed help from a friend and you gave it.

In 1991, you stuck your neck out for some kids—nameless, hiding in a crowd. They needed help from a friend and they found it.

A daughter of Bilitis, a son of Mattachine, you were the light from Christ’s side. A sign for the living.
Track Name: Dietrich Bonhoeffer
I was curled up on the floor when the window shattered. Cold air rushing in. Counted seconds on my watch, saw the fires start to spread. The smoke rushing out.

I was up smoking a cigarette when the curtains were thrown open. The night spilling in. And I thought about you, I thought I might see you bathed in light.